Santorini is part of the large group of islands located in the southern part of Cyclades. Perhaps, the most amazing aspect of the island is that it is still an active volcano. The Caldera or the crater is a sight to see. You can also observe unique geographical forms and never-seen-before plants and wildlife.

Apart from the breathtaking beauty of its landscape, Ios Island is famous for its nightlife. However, there are other attraction sites that enhance the popularity of this island in the Aegean Sea. You can explore the cliff-top villages, cobblestone sidewalks, and beaches. Don't forget to visit Homer's grave! 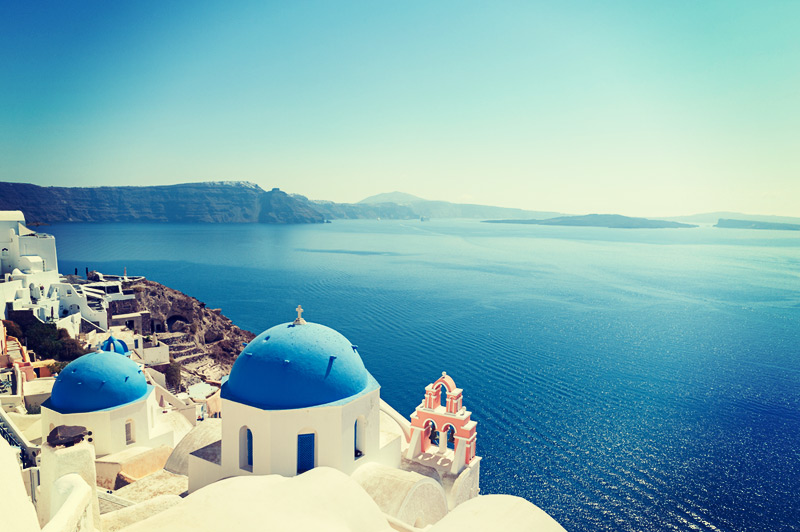 Ios means “flower”. Did you know that? 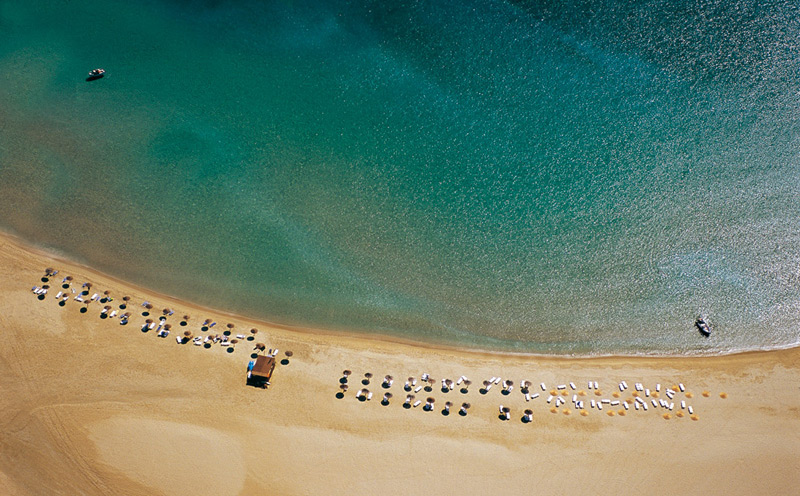 Íos or Niós, as the locals call it, is one of the most beautiful islands of the Cyclades, like a flower, as its name “Ion” denotes. According to the ancient tradition, Íos was the homeland of Homer’s mother and the final resting place of the great epic poet.

Crescent-shaped Santorini (or Thíra), the precious gem of the Aegean, is actually a group of islands consisting of Thíra, Thirassiá, Asproníssi, Palea and Nea Kaméni in the southernmost part of Cyclades.
Did you know that the whole complex of Santorini islands is still an active volcano (the same as Méthana, Mílos and Nísiros) and probably the only volcano in the world whose crater is in the sea? The islands that form Santorini came into existence as a result of intensive volcanic activity; twelve huge eruptions occurred, one every 20,000 years approximately, and each violent eruption caused the collapse of the volcano’s central part creating a large crater (caldera). The volcano, however, managed to recreate itself over and over again.

Santorini is considered to be the most sought after place for a romantic getaway in Greece, since there are not many places in the world where you can enjoy exquisitely clear waters while perched on the rim of a massive active volcano in the middle of the sea! The island has a growing reputation as a “wedding destination” for couples not only from Greece but from all over the world. A trip to Santorini with the other half is a dream for anyone who has seen at least one photo of the island’s famous Caldera and exchanging kisses beneath Santorini’s famous sunset is the ultimate romantic experience! 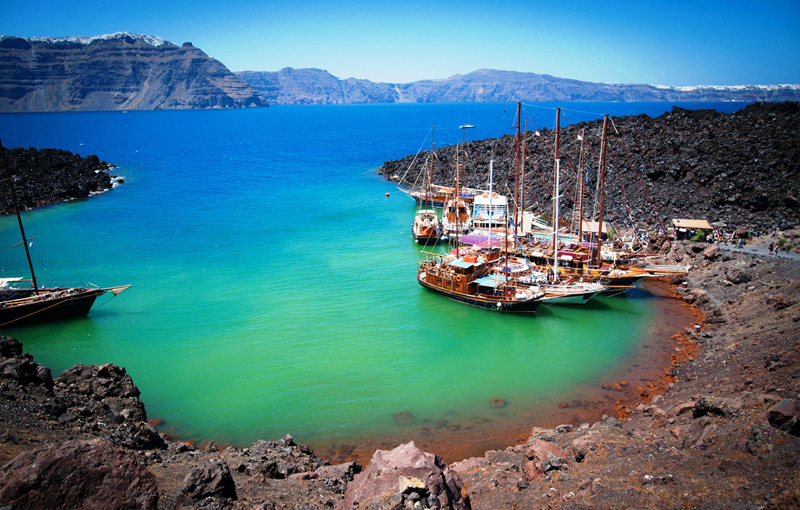